The Film Studios of Georgia

Have you heard the news?

Georgia is getting a new film studio in 2023! Blue Star Studios, located in Forest Park (just 10 minutes from Hartsfield-Jackson Atlanta International Airport) is the former location of Fort Gillem Military Base. According to Variety.com, the 53 acre site will offer 18 purpose-built stages and a collective of more than 600,000 square feet. While development is set to complete in stages through 2024, we do know that the location will feature many added benefits for production teams; such as: original 1940’s architecture, offices for production home base, top of the line technology, as well as amenities like nature trails, an on-site café, and a dog run.

Developers are currently working with the Historic Preservation Division of Georgia’s Department of Community Affairs to uphold the integrity of its six historic buildings that are being repurposed, ensuring the preservation of the former Army base’s architectural legacy. And the company is currently scouting GA schools and institutions to offer in-depth training in the cinematic arts. 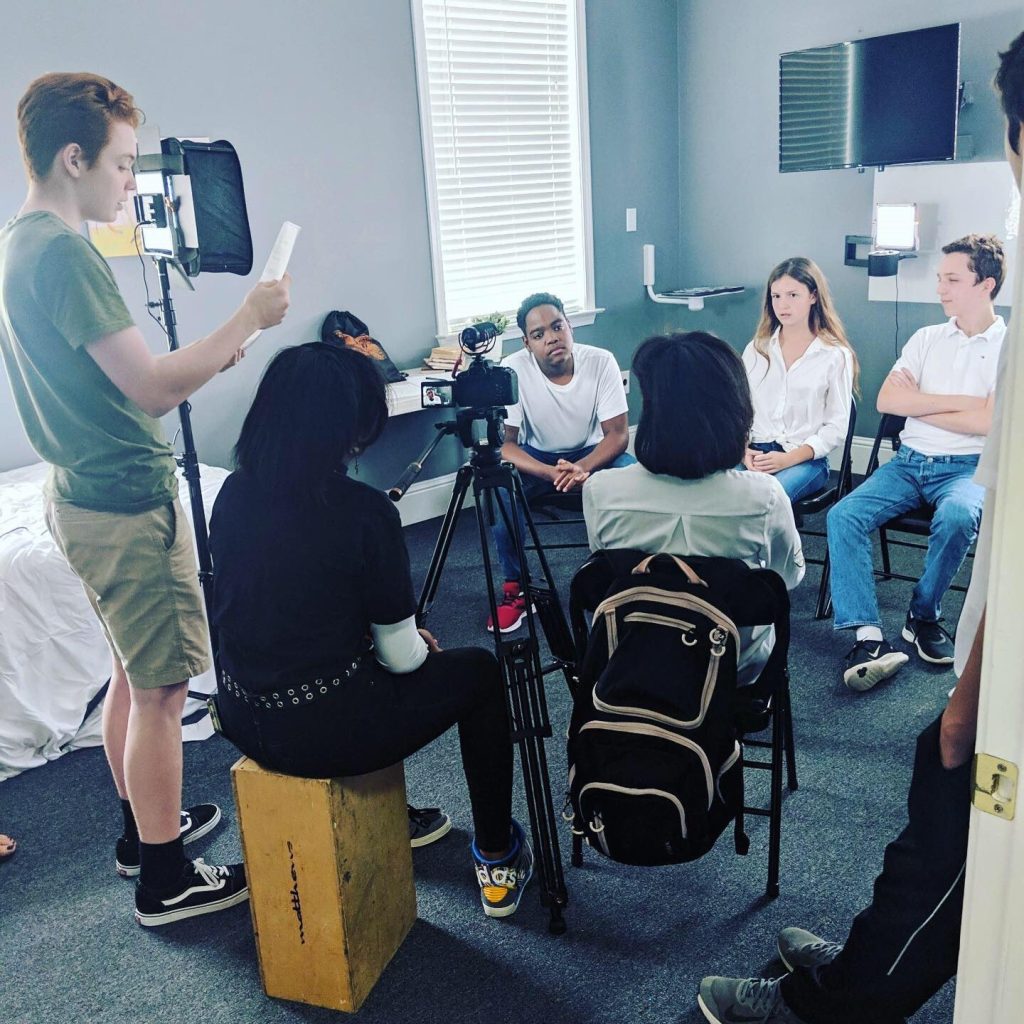 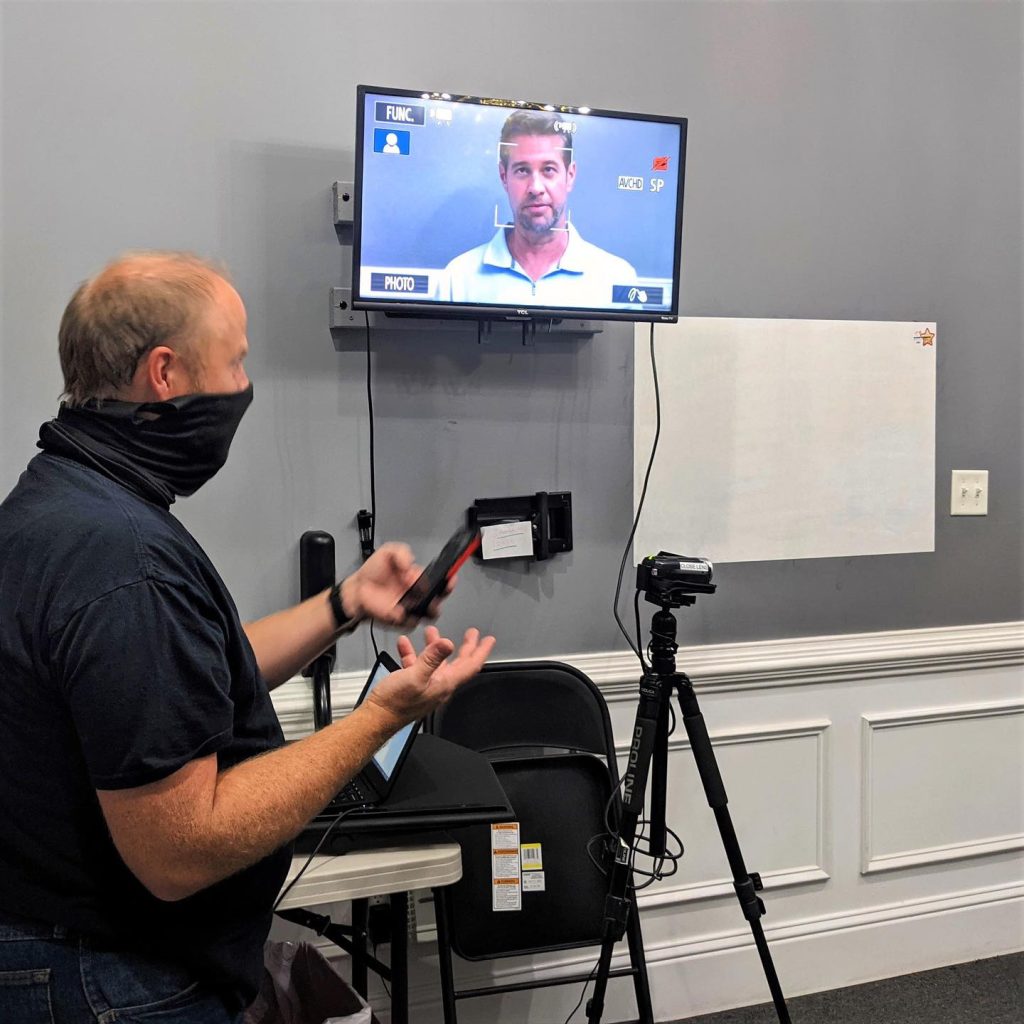 How does this benefit GA actors?

Since the initial Georgia film industry boom, back in 2009, we have seen a steady increase of GA film activity…leading to our beautiful state being dubbed the “Hollywood of the South”. And there is no slowing down in sight. Back in August, GA Governor, Brian Kemp, announced that the state had broken yet another record by topping $4.4 billion (yes, with a B) revenue during the 2022 fiscal year. In that time, Georgia hosted 412 productions; represented by 32 feature films, 36 independent films, 269 episodic productions, 42 commercials, and 33 music videos.

Governor Kemp had this to say, “When the pandemic struck, we worked hard in Georgia to communicate with our partners in the Georgia film, TV, and streaming industries. Together, we forged a safe and appropriate path to allow the film industry to return to operations and deliver Georgia Made productions to eager consumers all around the world – even when some states continued to stay shut down and stifle the industry’s return to normalcy.”

But that is not all. Just this year, Georgia made waves when the nation’s first Latino-owned studio was opened in southwest Atlanta. Ozzie Areu, a Burbank native and the son of Cuban immigrants, chose Georgia to launch this groundbreaking project, Areu Bros Studios. The 150,000 square foot lot is attached to the well known Tyler Perry Studios. That is because Ozzie used to work for Perry and considers him a mentor in the industry. Areu, as well as Perry, continues to create opportunities for minorities in the film industry to tell their stories; providing top of the line locations and technology to do so with excellence.

And if that is not exciting enough, we are excited to share that major names (such as Ron Howard and Brian Grazer) are collaborating to launch a groundbreaking social app that will change the face of production hiring, and they started it right here in Atlanta.

According to GPB.com, “Impact has launched their service in Atlanta, which has made waves in the past decade as a popular city for filming television series and movies — including popular Marvel Studios titles and shows like Netflix’s Stranger Things. Mitchell said the team behind Impact saw technology and modern social networking as an important tool for the future of jobs in film — and possibly a disruptor for the current status quo.

“We started, in fact, because we wanted to create technology that could help solve challenges in the entertainment industry and empower the people who bring stories to life,” he said. “And while there’s been tremendous innovations in filmmaking and television with things like digital effects and streaming, the actual mounting and producing of a show hasn’t changed much in the 20 years that I’ve been in the in the business.”

The change that Impact hopes to bring to film is a better medium for workers — set builders, production assistants, camera operators — to connect with productions looking to hire them. Mitchell said Impact seeks to be the one to bridge the gap. Mitchell said the network currently has 21,000 users, with roughly 4,000 in Atlanta. He said Impact’s hope is to use technology to unite the film industry.”

In a recent interview with the AJC, Blue Star Studios CEO, Rich Goldberg, talks about why another studio is needed:

“Currently, the state has more than 60 purpose-built soundstages available for use and dozens of repurposed ones. The planned new studios could more than double stage capacity in Georgia over the next 24 months.

Goldberg said he isn’t fazed by the influx of new soundstages.

“I think there’s tremendous demand,” Goldberg said, noting that it’s still cheaper for film and TV shows to work in Atlanta than Vancouver, New York or Los Angeles. And even though New Mexico is vying for business as well, he believes the crew base here is far deeper.

On top of that, he promises that his soundstages will be “state of the art with an emphasis on technology,” especially virtual reality.”

““The film and TV industry is providing opportunities that I’m sure people in Georgia were originally skeptical about, but the proof is in the pudding. The most important thing is that people take advantage of the opportunity that has presented itself. It’s the perfect time to learn a new skill if you’re not happy with what you’re doing and to develop other passions. As there is so much room to grow with high amounts of inward state investment.”,” 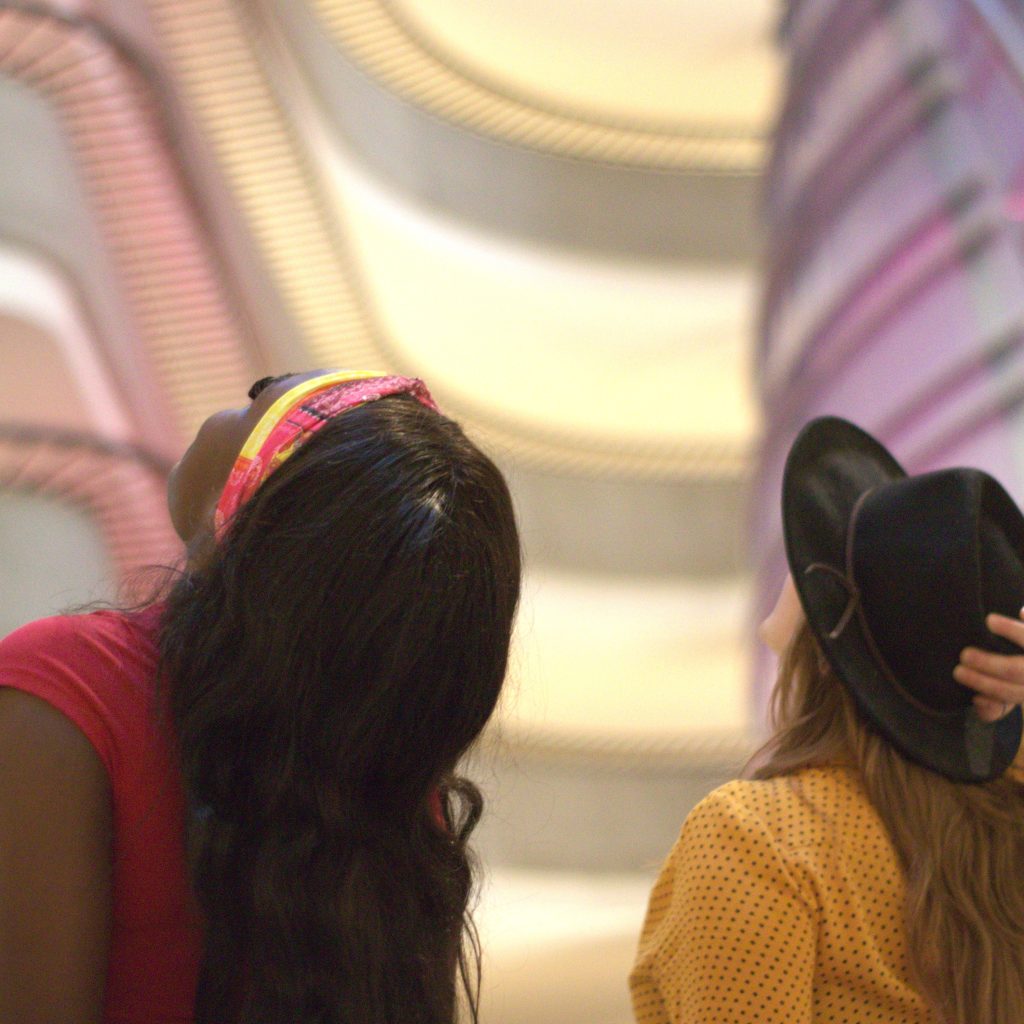 The TAS crew had fun touring famous Atlanta film locations, such as the Marriott Marquis!

Here are a list of the GA Film Studios:

This is the most current list of major motion production studios, according to studiobinder.com

Tyler Perry’s 300-acre movie studio has everything. A military compound? Check. A replica White House? Check. Restaurants, bars, hotels? Check. There’s no doubt about it: Tyler Perry is a titan of the film industry – and he should be credited as a pioneer behind the Atlanta renaissance.

Turner Studios is one of the most important sports studios in the world – and its lasting legacy is a testament to the Atlanta film industry.

Trillith Studios – formerly known as Pinewood Studios Atlanta – has become one of the most star-studded studio lots in the world over the past few years. That simple fact can be attributed to one thing: Marvel. Here are just a few Marvel productions that have shot at Trilith since 2015: Ant-Man, Black Panther, Avengers: Infinity War, and Spider-Man: No Way Home.

Crazy enough, there’s an entire town across the street from the studio lot! Houses aren’t cheap – but I suppose that’s a price to pay to live a hop, skip, and jump away from the stars.

Blackhall Studios has only been around for a few years – but it’s already making big waves in the Atlanta film industry. In 2021, Blackhall Studios’ Founder and CEO Ryan Millsap announced plans to expand the complex with 18 new soundstages; which would potentially make it the biggest film studio in Atlanta’s greater area.

Films shot at Blackhall Studios include Godzilla: King of Monsters, Jumanji: The Next Level, and Jungle Cruise. 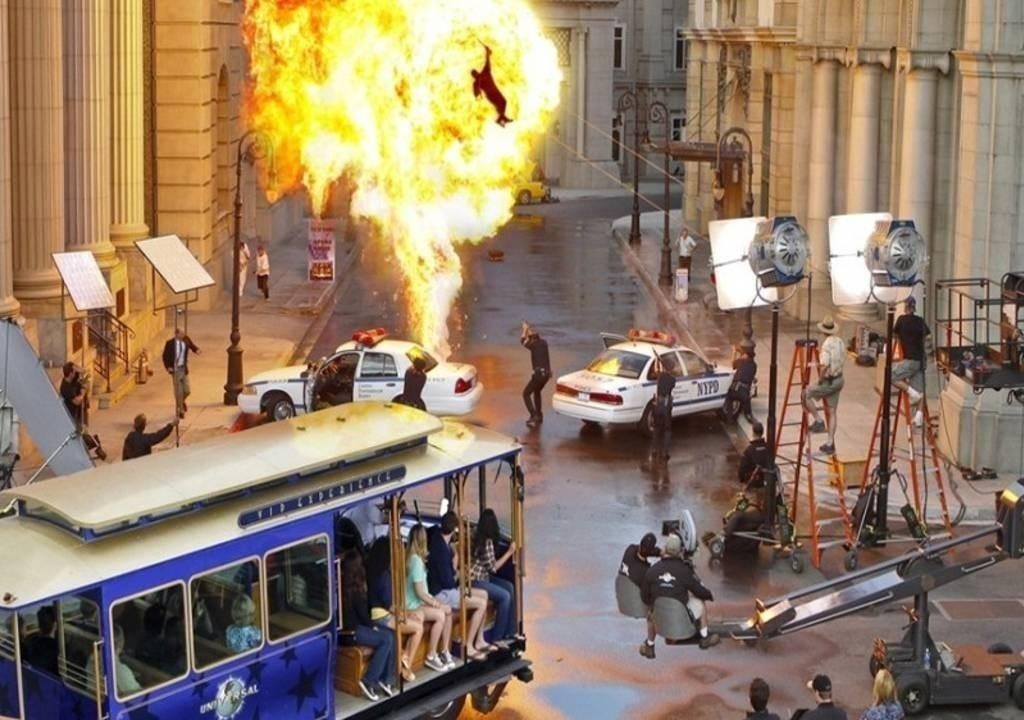 Some of your favorite movie moments have been captured on an Atlanta film set.

Ready to jump into the action? Now is the perfect time. Zig Ziglar famously said, “Success occurs when opportunity meets preparation” So what are you doing to prepare?

Now is the time to jump into classes. Acting students spend their time:

And much, much more! You do not have to go on this journey alone. Make sure that you partner with a team that will provide you with knowledge, training, and ongoing feedback to help you identify and achieve your dreams.

Face it, there has never been a better time to be an actor in GA. The whole world is coming to us to make the most talked-about productions. Don’t get left behind!

Ready to get started? Reach out today! 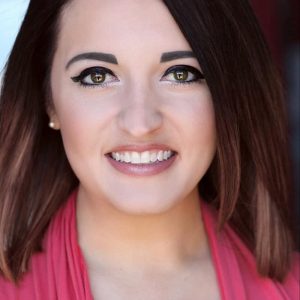 Elizabeth has been a member of the TAS family since 2004. She is honored to have served in many roles at TAS; including: Acting Coach, Marketing Director, Syllabus Coordinator, and now TAS Operations Director. She has a passion for building confidence and purpose through the arts, and is grateful to be a part of a team of Confidence Makers. Elizabeth finds her greatest joy in her faith, her husband, and her daughter (and to be honest- a bowl of creamy mac and cheese). She lives by a simple motto which has served her well over the years: Aim for Excellence, Work with Flexibility, Reflect with Grace. 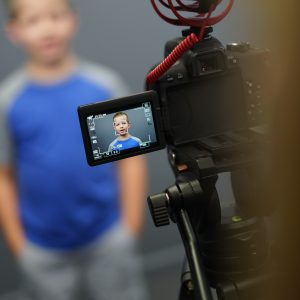 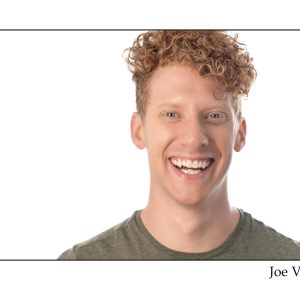 All of our acting coaches are highly qualified working actors who participate in the Film/TV industry in a variety of ways, in addition to coaching acting classes. But we